Source: Australia is one of few countries that doesn’t pay session musicians ongoing royalties. Our music industry suffers as a result (theconversation.com)

Most of the music we listen to is made by session musicians. These guns for hire are experts in their field, much sought after and often bring a unique sound – that extra thing that helps to make the recording what it is.

Whether we’re at home or in our cars, at the gym, the shops, a cafe or a pub, recorded performances form the soundtrack to our lives. This soundtrack includes music made by hired freelance instrumentalists and singers whose contributions are vital to the appeal and quality of those recordings.

While we get to enjoy the end product seemingly free of charge, all music that is broadcast or communicated to a listener is licensed by the owner of that recording and a fee is paid for that licence. Collection agencies such as PPCA collect these licences and disperse royalties to the rights holders of the registered recordings.

Historically, Australian session musicians have had no economic claim to their recorded performances beyond a basic session fee – an unregulated fee that in real terms, has been going backwards for decades.

While many other countries support the rights of performers to ongoing royalties, Australia is one of a handful of developed economies that does not. This has denied our musicians access to important income streams at home and abroad, placed a limit on our trade with other countries and positioned us as an outlier.

We are seen as a country that does not value musicians the way they are valued elsewhere in the world, a perception that needs to change if we want to provide some incentive for the next generation to keep making music.

So, how did it get to this?

In 1996 the World Intellectual Property Organisation (WIPO) drafted the WIPO Performances and Phonograms Treaty, which granted performers economic rights for their recorded performances and “equitable remuneration” when these performances were monetised.

Since then, free trade agreements, such as the one between Australia and the United States in 2004, have required that parties sign up to the treaty, which our government did in 2007. Unfortunately, then Foreign Affairs Minister Alexander Downer deliberately excluded Article 15.1 from the agreement, leaving Australian musicians without the same rights as those enjoyed by musicians in other parts of the world.

For example, in the UK, US, most of Europe, as well as Mexico, Brazil, Canada and Japan, performers are assigned a percentage of the licence revenue.

According to Peter Thoms, board member of the UK collection agency PPL,

[…] in the UK, PPL royalties are split 50/50 with the labels and performers. A featured artist, who will be contracted to the label, gets a bigger performer share but session players also share in this revenue. Players who have been active on many recordings receive significant amounts annually. This helps make session playing as a vocation more viable and is a fair recognition of their contribution.

However, when the same recordings are then broadcast in Australia, these musicians are not entitled to any performance royalties. This has led to countries like the UK reciprocating our approach and no longer paying session musicians or artists on Australian recordings when they are broadcast in the UK.

The extra twist is that Australian artists with international appeal are now frequently recording outside Australia to enable them to qualify for European royalties, which are paid on a qualifying territory basis.

As Australia is no longer a qualifying territory there is motivation for Australian artists to record in the UK and elsewhere to ensure they can claim equitable remuneration in the big overseas markets.

The WIPO Treaty aimed to “provide adequate solutions to the questions raised by economic, social, cultural and technological developments”, all of which have evolved enormously since 1996. If Australia is to keep up with these changes, it must stop lagging behind and adopt Article 15.1.

This has the potential to increase productivity in the recording economy, including revenue derived from export, and expand a sector that is currently heavily reliant on live music. Increasing passive income streams would also help to grow and sustain the careers of young musicians and support performers through future crises.

What can we do to fix this problem?

The current free trade agreement between Australia and the UK provides us with a political opening for this conversation. The agreement calls for a discussion about measures to ensure “adequate” remuneration for performers and producers of recordings. If we truly value our musicians, adequate must be equitable.

All performers, classical and contemporary, as well as record producers should be having this conversation right now, engaging with other stakeholders and raising awareness.

If the Australian government and recording industry will acknowledge the prevailing conditions for musicians globally and adopt the principle of equitable remuneration, we can begin rebuilding the structures that support payments to performers at home and overseas.

By valuing our musicians more we will add value to the sector, with better economic regulation and new systems connecting all Australian musicians to the larger markets.

So next time you hear music playing, think of the session musicians and producers whose skills helped to make that song a hit – the drummer on X, the trombone player on Y, or the vocalist on that annoying advertisement that’s been running for 20 years – and ask someone close by, why is it that Australian musicians are denied equitable remuneration that exists in so many other parts of the world? 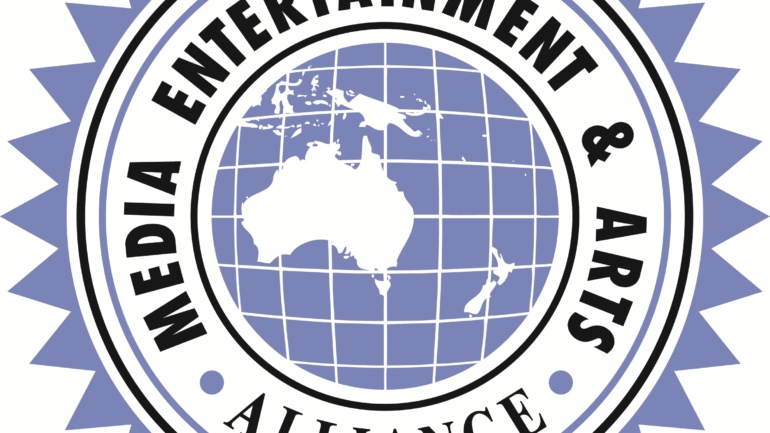