Paying musicians a minimum rate for each gig would kill the punk, reggae and grind-core scenes, and spell the death of small venues, the co-owner of Melbourne live music venue The Tote has argued.

In a submission to the federal government’s new national cultural policy, which is being developed by Arts Minister Tony Burke, Tote and Bar Open co-owner Jon Perring argued the campaign for a $250 minimum rate for each musician playing, unless underwritten by government funding, would send venues like his to the wall.

“This would mean no punk scene, no reggae or Latin scene, no grind-core scene, most jazz, folk, funk gigs, and importantly no developmental gigs for emerging and independent musicians of all genres as small independent venues would have to close.

“In Victoria, only venues such as The Gershwin Room (The Espy), The Corner, Max Watts, The Forum, The Croxton could survive while The Tote, The Old Bar, Bar Open, The Northcote Social Club, The Curtin Hotel, Whole Lot of Love, Night Hawks, The Vineyard, The Dogs Bar, Cherry Bar, The Jazz Cat, Jazz Lab, etc would no longer be viable commercial operations.”

Perring’s submission is likely to raise eyebrows in a sector that disproportionately suffered lost income and jobs during the pandemic. According to a survey of more than 3000 musicians conducted by I Lost My Gig Australia, 32,737 gigs and events were cancelled across Australia between July 1 and August 31 last year, equating to nearly $94.3 million in lost income.

The union campaign to pay musicians a living wage is being run by Musicians Australia, a division of the Media, Entertainment and Arts Alliance.

The union says federal government support for artistic and cultural endeavours fell by 17 per cent over the 13 years to 2020, with federal expenditure declining from $138.71 to $107.20, per capita.

It has welcomed Burke’s development of a new cultural policy, which it says must address the “poverty wages” of cultural workers.

Perring, however, said Musicians Australia’s campaign to pay musicians at least $250 per gig was “straight out industrial thinking” that wouldn’t work in practice.

A typical weekend lineup of three bands, each with four members, would cost $3000 under this model. Assuming venue and licensing fees and a sound engineer added another $800 to the cost of a show, with tickets costing between $15-$20, a minimum paying audience of 200-250 would be required to break even, he said.

“No venue or promoter sizes a room at the breakeven point, so a typical viable band room capacity would be 400-500. Most independent live music venues fall under this size.”

Paul Davies, the union’s director of musicians, said the music industry should not have a business model “built on exploitation”.

“There has to be some reform,” he said. “So we call on Jon and any legitimate music business operator to talk with us and negotiate terms that will reform the industry to the form it has some social credibility … it doesn’t have social credibility at the moment.”

An earlier version of this story did not include the caveat “unless underwritten by government funding” when referring to Jon Perring’s opposition to a $250 minimum rate for musicians being rolled out to the entire sector. 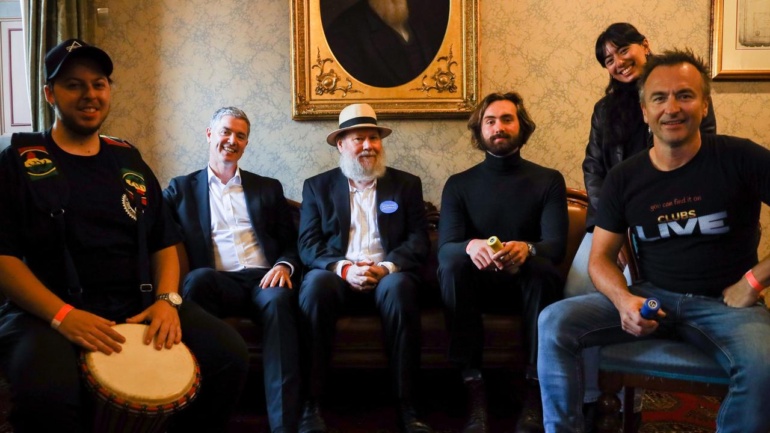 News.com.au – Call for NSW to pay musicians at least $250 per publicly-funded gig